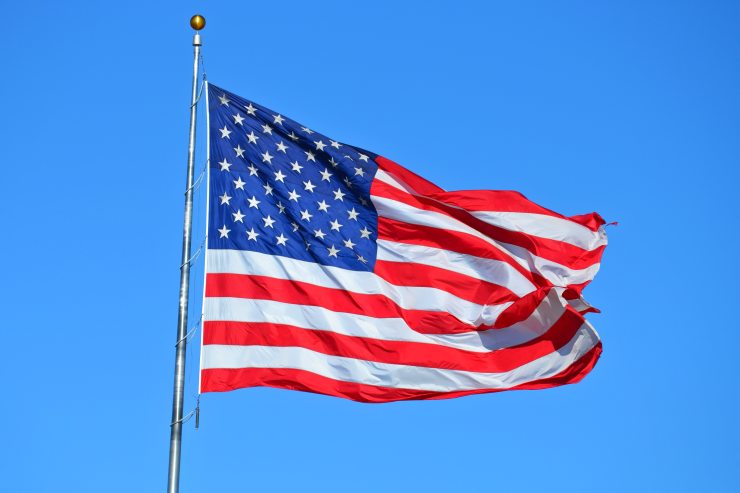 This week in my classroom we will watch the movie October Sky.  It is older, from the 90s, about boys who build rockets in West Virginia and we watch it to review the Scientific Method.  We talk about the time period, the late 1950s and 1960s, trying to convey a world with no cell phones or wi-fi.  Not necessarily a time period students born in 2004 have a lot of knowledge about.  But as I was reviewing the content of the movie and my notes on the Cold War, President Kennedy, and the Space Race, I am wondering if as a country, we will ever be that “United” again?

The Space Race was the time period when the United States was trying to beat the Russians to the moon.  It created a huge push for education, especially math and science.  Colleges trying to fill the need for engineers and astronauts to make this moon landing thing a reality.  It was a uniting force for the entire country, stemming from the words of President Kennedy, who expanded the space program.  Not necessarily everyone was trying to be an astronaut, but everyone was supportive and united around the idea of accomplishing this goal.  A very patriotic time to be sure.

Now, I was not alive during the 1960s, although if you ask my period 5 class, I look at least 55 years old.  I will be failing all of them at the end of the year……Just kidding.  But in my lifetime, I remember events like the Olympics, uniting the country.  It was a big deal as I watched ice skating and gymnastics every four years.  Obviously, they have since changed it so we get the opportunity to watch the Olympics every two years.  Except not as many people are.  There are so many options these days with Netflix and the like, who cares about the athletes representing our country?  I ask my students if they watch the Olympics and they just don’t.  Who cares about that if you can add to your Snapchat story 45 times in an hour?

The other time I can think of a “United” country was 9/11.  That day was terrible.  I can see all of the events in my head.  I was at work.  We didn’t have the best internet and we kept trying to gain information on a situation we were removed from.  However, my mom was in Washington D.C. at a conference, which added to my sense of apprehension.  I remember watching CNN late into the night as they tried to locate any survivors.  Simply finding none or very few.  But remember the next day.  I drove to my college class and on the radio, the “young” people station, I distinctly remember hearing “God Bless America”.  It is the only time I have ever heard the song on that particular station.  I changed the station and heard the national anthem, at like 8:30 in the morning.  I remember tears going down my face as I listened to the words.  I remember seeing flags, more flags on people’s houses than I have ever seen before or since, not even on the Fourth of July.  And while it was terrible, something about it united us.  Remember?

Now, this is not a political post.  I don’t care if you are a Democrat, Republican or Independent.  I don’t care if you are white, black, brown, green, yellow or any other skin color that can possibly exist.  I will respect you because you are a person, entitled to your own opinion.  My parents taught me to understand how important respect was.  But as people begin to enter the presidential race for 2020, which for crying in the rain is 23 months away, I keep thinking all I want is someone to bring my country together again.  To be “United”.

Is that even possible?  In an era of social media, where you can say your opinion without looking a person in the face, can we all be on the same page?  Can we all be “United”?  Can I look at Facebook without seeing a post about the government or something else negative which seems to cause more harm than good?  Can I convince my students to care about the perception of the country and watch the Olympics?  What type of person would have to lead to make that happen?  Is there even a person able to accomplish this?  Is it too late?

My positive, half-full glass kind of self would like to believe this can be accomplished.  That people still believe we are more alike than we are different.  But this is not the message I am picking up recently.  Even if we don’t agree with our neighbors can we be respectful enough to listen to them without judging at the same time?

Challenge Time!!  This is not a political post!!!  But I do want to hear your opinion.  Do you think the United States can be “United”?  Do you through all of the tensions and talk we could come together?  Share your comments here or on our Facebook page, Speaking Jelinese.  Your likes, comments, and shares are very appreciated.  Let’s continue this important conversation.  Tell me I am wrong, show me some evidence.

Talk to you soon,